Canada is one of the buyers of iranian dates 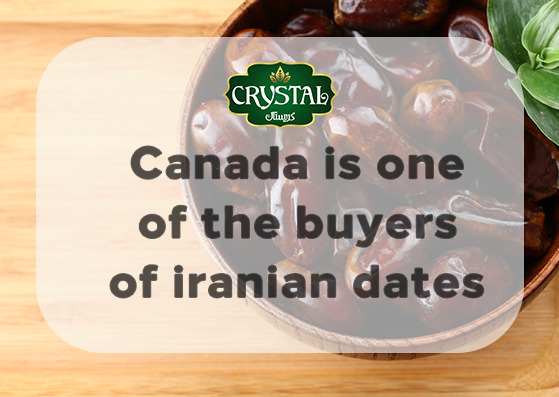 Canada is a country which located in the northern part of North America.

This country contains 3 territories and 10 provinces expand from the Atlantic to the Pacific and northward into the Arctic Ocean, covering 9.98 million square kilometers, making it the world’s second-largest country by total area. Its southern border with the United States , stretching some 8,891 kilometers (5,525 mi), is the world’s longest bi-national land border.

For more information about Canada please attention to Crystal Company.

Canada is the second largest country in the world after Russia. Anyhow, the population is only one-fifth of Russia’s. About 90 percent of Canadians live within 200km of the border with the United States, which shows Canada contains vast expanses of wilderness to the north.

The economy of Canada is highly developed, if we order the countries according to their GDP, Canada is well positioned in term of the standard living of its population.

The significant aspect of advanced Canadians economy is importing Date from