China is one of the buyers of Iranian dates 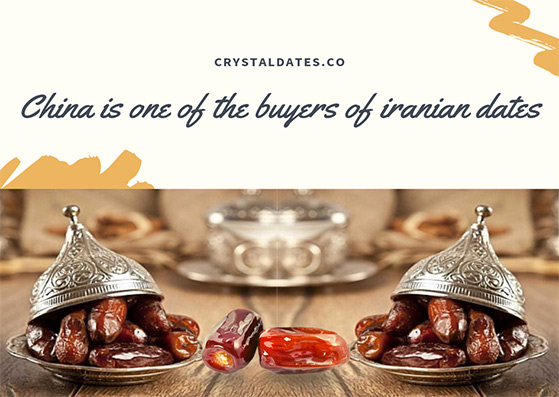 China (officially the Republic of China) countries in East Asia, according to the List of countries by population, with more than 1. 417 million inhabitants (2018) as the most populous country in the world. Beijing is the capital of this country.

For more information on this topic, follow the article below and join Crystal Date Company…

China covers an area of about 9. 6 million square kilometers and is the second largest country after Russia, the world’s largest earth (excluding inland waters) is considered. In terms of the total area of the country, it is also the third or fourth largest country in the world (after Russia and Canada).

Today, China’s economy is based on private property market.

Among the factors contributing to China to become the world’s leading manufacturers, including:

But the remarkable thing is that the Chinese economy has very low productivity in terms of energy consumption.

China has also been the largest foreign holder of US government debt by purchasing more than $ 1.16 trillion in US government bonds.

Another of China’s economic achievements can be noted that in 2012, more than any country in the world, as foreign direct investment amounted to 253 billion dollars has been received.

Other economic developments in this vast country include the purchase of dates.

The country has been able to boost its market share by buying Iranian dates, which has also contributed to the country’s progress.

Progress in this regard has not been dramatic, and in the year 96 it was ranked 14th in the same country as Iran’s date buyer.