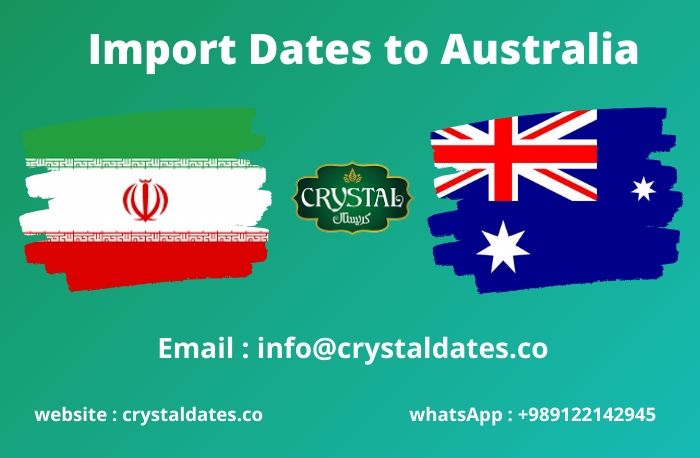 Import Dates to Australia done every year in tonnage.

Also you can take a look at Import dates from iran .

Mazafati dates, have the highest volume of export among Iranian dates to Australia.

Mazafati, which is very popular among palm consumers because of its special and delicious taste.

Mazafati has different grading and this makes us have a few prices for these dates.

First class Mazafati is the highest price among the Mazafati varieties and many foreign buyers are also looking to buy these first class dates.

Iran’s most expensive dates are exported to Australia every year.

Piarom export volume is less than Mazafati but these dates as well as Mazafati in Australia could earn a decent position.

Piarom is also cultivated in Hormozgan province in Iran.

Piarom dates are one of the most luxurious dates in Iran and in the world.

These dates, like Mazafati, have different ratings and are naturally more expensive than the other ones.

Possibility of repackaging for import

Businesses and companies that are active in the field sometimes want to pack their dates with their own brand, in which case Crystal can easily supply the dates.

Crystal Company can easily package with the brand of customers and buyers.

Also you can take a look at Maryami Dates and Iranian Sayer Dates .