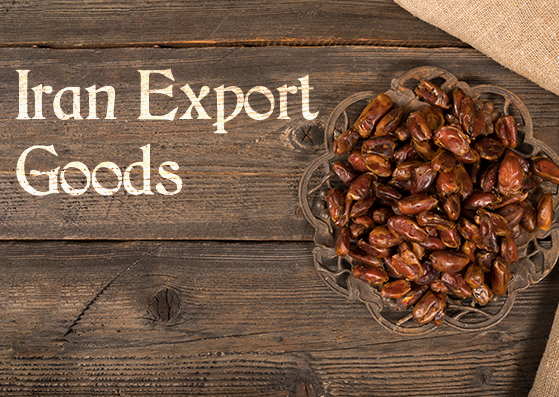 In recent years, a significant portion of Iran’s income from oil and non-oil exports of goods and materials is provided.

First let’s look at some of the most important export feedstuffs.

First, let’s look at a lovely pistachio snack that had a sharp rise in prices in Iran.

The types of pistachio exported in Iran are: Akbari, Fandaghi, Badami, Kalleh Ghuchi and Ahmad Aghaei, which are all exported from Iran in the form of pistachio nuts or smiling pistachios.

Pistachio cultivation sites in Iran are in Khorasan, Yazd and Kerman provinces

Iran’s export of pistachios in the year 96 was one billion 181 from export to 74 countries.

Vietnam has been the main customer of our pistachio (Iran) in the year 96 with $ 185 million.

Contrary to experts’ forecasts, this growth did not occur the following year and did not continue the upward trend.

About 80 percent of the world’s saffron production belongs to Iran.

It is also interesting to note that in the first eight months of the year, about 170 tons of saffron worth $ 252 million and $ 400,000 were exported from Iran to other countries.

Saffron has many properties such as improving blood circulation, improving heart health and preventing diabetes.

Dates, this paradise fruit has always been one of the economic wings of our country (Iran).

Due to the specific weather conditions that are compatible with the growth of dates, our country will grow this product well in the country.

It is interesting to know that Iran is the second largest producer of dates in the world. Many of the dates produced in Iran exist only in our country (Iran), which has contributed to the export of dates.

For example, the countries of Kazakhstan, Pakistan, France, Malaysia and … are the regular buyers of Iranian export dates.

Export chocolate is the subject of much attention recently, and it can be of great benefit to the country alongside Iran in the world’s popular candy bar.

Considering factors such as controlling the price of chocolate, picking the right chocolate, beautifully packaged chocolate, and, of course, the taste of chocolate, you can be successful in the bustling market for chocolate production.

Chocolate is one of those products that can be counted on for the long term, with serious investment planning and planning.

Intense competition in this area can best dispose hand-pick the company and the customer offer.

Like many Iranian foods, figs have a good export market.

It is interesting to know that dried figs have 5 times more calories than fresh figs and many countries want Shiraz figs.

Because dried figs are naturally fruit of the tree itself and do not dry separately.

The interesting thing is that this type of fig is only available in Shiraz province, Iran.

We have 4 types of figs export based on the aperture and colors and sizes are separated.

Iran has a special place in the export of rose water in the world.

Iran’s rose water is so good that the house of God in Saudi Arabia is washed with rose water.

Kashan is Iran’s most important city in the field of rose water and perspiration.

Qomsar is also one of the main centers of Sweat and Rose.

The abundance of watermelon in the country and the cultivation of 4 seasons of this fruit in Iran has made it possible to export it.

Watermelon can be used to treat damaged skin properties, preventing the risk of heart attacks and so on.

watermelons Fruit are water-resistant but cannot be eliminated from exports because in the year 2017 about 780,000 tons of watermelons were exported to 29 countries, generating $ 150 million in revenue.

Also, in the first four months of the year 2018, 536 thousand and 549 tons of watermelons were exported from Iran to other parts of the world, valued at about $ 99 million, a 27% increase over the same period last year.

Here’s a look at oil exports.

The main items for export

Major export items for Iran in the first eight months of the year are as follows: Gas measures $ 2 billion and $ 776 million, Liquid propane valued at $ 1 billion and $ 339 million, and other oils. Style

Iran has always been rich in oil and gas resources and has traditionally a very important part of the income by oil exports have been completed.

Iran exported about 2 million 600 thousand barrels of crude oil and liquids to other Asian and European countries in 2006.

This amounted to $ 65 billion and $ 818 million worth of exports

But the year 2018 was not a good year for Iranian oil exports, if for the sole reason we can say two reasons: one was that the authorities trusted the US and Europe enough, and the second was the sanctions imposed by the same American countries, and European.

Significant developments in Iran’s oil industry also had a major impact on weak exports, including US exit from Barjam, total exit from Iran, uncertainty over phase 11 of South Pars Complex and rising gas consumption in the country.

Urea as a petrochemical production in recent years has made significant exports. In the first eight months of the year 2018 more than 2,900,000 tons of urea worth $ 696 million were exported from Iran. It is interesting to know because of the differences in specifications and location of urea segmentation between exporters.

Iran Khorasan Petrochemical Company exports its urea to the north of Afghanistan and Afghanistan.

Shiraz Petrochemical Company of Iran supplies most of the urea produced internally.

Razi Petrochemical Iran exports most of its urea to Turkey.

Of course, the point is that given the new sanctions against Iran and the weakening of exports, we have to wait for new statistics from the Customs Service in the next few months.

Iran’s methanol exports have been on the rise in recent years.

Methanol issued by the country’s petrochemical complexes by the end of February this year totaling 96 billion and reached $ 77 million.

In the first eight months of the same year, 2018 percent methanol exports increased by 16 percent and value by 63 percent.

During this time, about 2 thousand 730 tons of methanol methanol billion and 67 million dollars have been exported from Iran. Unfortunately, the future of methanol exports is also unpredictable given the new US sanctions.

Now we are going to review textile products to get acquainted with these products.

Persian rugs have long been of concern to all countries and a lot of people interested in a lot of carpet and rugs to Iran.

Due to the new US sanctions imposed last year, exports to the United States have stopped, and currency has fallen by at least a quarter in 2018.

Annual production of about 26 million copies of our skin, and about 85 percent of this production is exported abroad.

Iranian leather customers are countries such as Italy, Turkey, China, etc., which receive and process raw leather from Iran.

East Azarbaijan province accounts for about 30% of leather exports and is the hub of Iranian leather footwear production.

Leather is divided into two categories of light and heavy leather.

Here are some other export items we will name.