The rank of Afghanistan between buyers of Iranian Dates 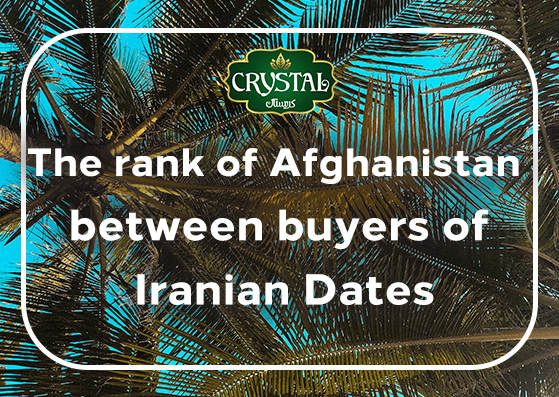 Afghanistan, officially the Islamic Republic of Afghanistan is a landlocked country in South Asia. It is located in the middle of Central Asia, Western Asia and the Middle East, and its capital is Kabul.

To understand the country of Afghanistan, go with the article below with the Crystal Dates Company to the end.

Afghanistan has an area of 652, 864 square kilometers and is one of the world’s largest countries

Afghanistan’s neighbors, Iran in the West, South and East Pakistan, Tajikistan, Uzbekistan and Turkmenistan to the north and north-eastern China.

Afghanistan’s population in 1397 was more than 36 million people, it ranks thirty-ninth most populous countries in the world.

Afghanistan is known as one of the world’s poorest countries. Due to the three decades of war and destruction, the country has survived its development and development.

Afghanistan’s economy suffered the events of 1978 are still underway. Also, along with these incidents, several droughts also added to the people’s problems during the years 1998 to 2001.

The important point to note is that Afghanistan is rich in minerals like many gold, lapis, emerald, turquoise and coal, which is unique of its kind in the world and about 13 types of coal has been extracted from the mine.

In addition, Afghanistan also has economic activity as a date buyer. Thus, it can be noted that one of the economic wings of the country is the same as the purchase of Iranian dates. This economic progress has been so high that in the year 96 Afghanistan was among the top 10 first-time buyers and ranked seventh Has earned.