Variety of dates in Iran 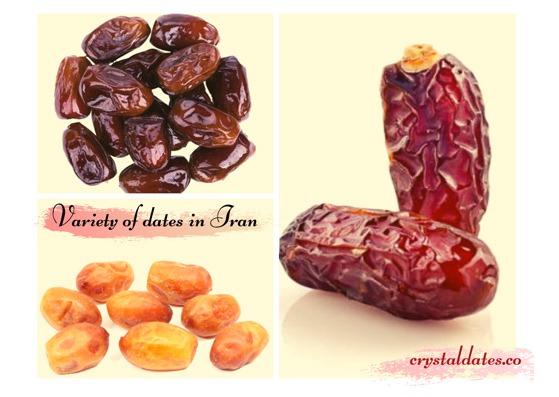 After studying the historical documents that have been written 200 years ago, the 25 palm trees that have been planted in Iraq and around the city of Khorramshahr, Iran, is named.

Now you’re faced with a startling statistic: According to available statistics, there are over 3,000 types of dates in the world!

We all know that our country (Iran) is one of the best and most successful countries in the date culture industry.

It is interesting to know that of the 3000 varieties that exist in the world, over 400 of these are in Iran.

The highest and most desirable palm cultivated in southern Iran.

More precisely, a large part of the dates in Iran is produced in six provinces of Hormozgan, Bushehr, Khuzestan, Sistan and Baluchestan, Kerman and Fars.

We are now investigating the prevalent varieties of dates in Iran and their cultivation areas:

The most important varieties of dates in Iran:

In Iran, more than 400 types of dates are produced alongside Saudi Arabia and Algeria, have devoted most of his palm cultivation.

The fruit of paradise in tropical and subtropical regions grows and rich in vitamins, minerals and fiber.

The most important varieties of dates in Iran are the following:

Dates of Mazafati in Kerman and Bam province

You can also take a look at the export company of dates.

Various kinds of native dates in 8 tropical provinces of Iran

Variety of dates in the world

So far, it has been said that there are more than 3,000 types of dates in the world, but if we want to mention dates that have a better consumer market than others, we should mention the lightweight , dummy dates.